I did it! I had a pacemaker put-in and yep, it was a German one my daughter-in-law help design. It’s a BioTRONic. I still look at my heart through my phone heart monitor app to see the tall and regular heartbeats. I felt great right-out of the procedure and super-goofy and full of pain-killers. It works. I hated the little blue hospital sling that choked me, so my daughter bought a new soft and comfortable sling from Amazon.

Now I need to follow instructions (not many) but to get daily exercise after a week’s rest. The worry is pulling the leads out of my heart. The sling is a reminder to don’t lift my left arm for four weeks. I don’t have a scar!

I wanted a picture of the cardiac unit, there was no time. Someone was with me continually.

My daughter took this photo. We do this because it records the date of my hospital visits. 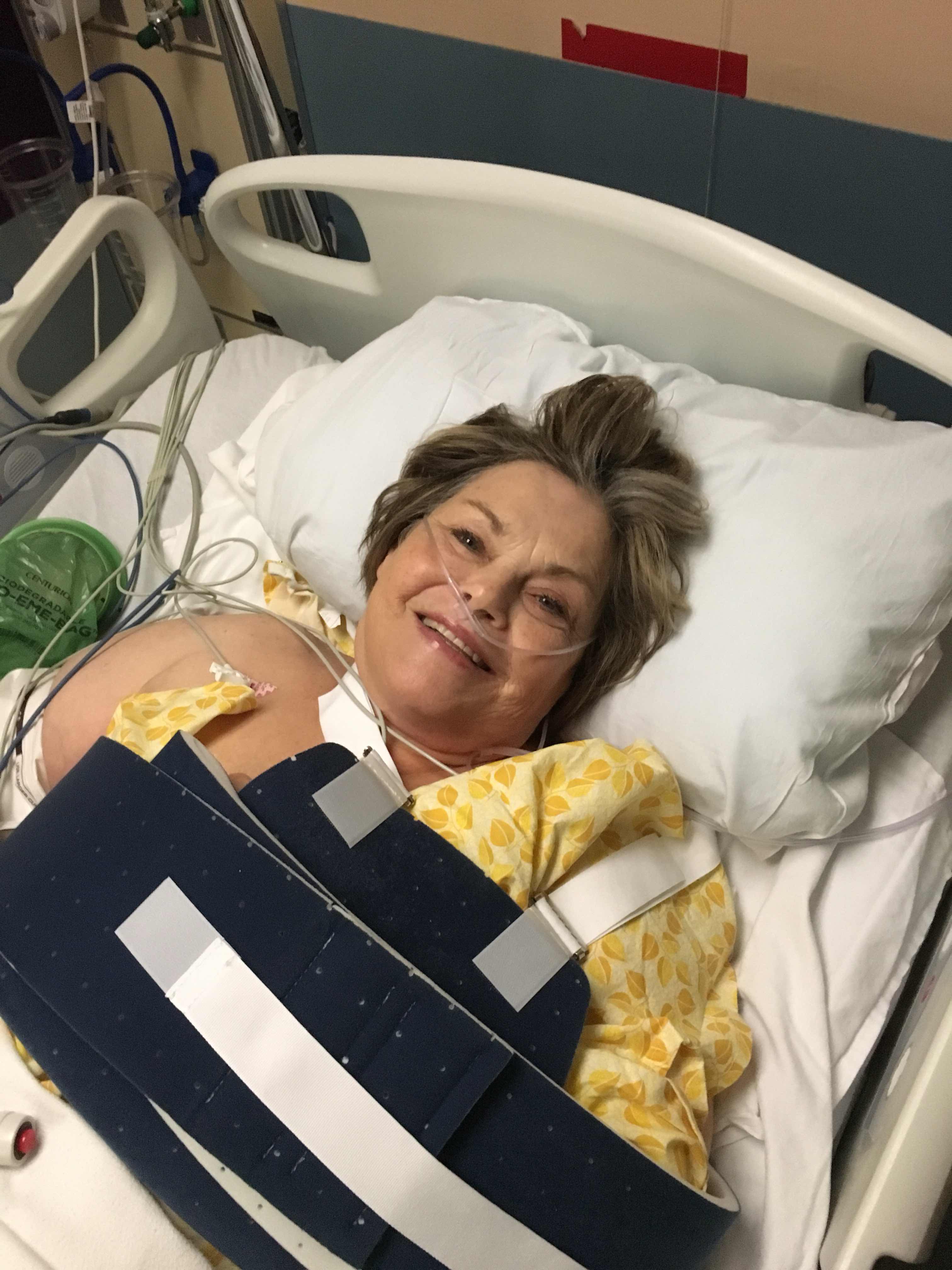 We have a lot of Quail on our place and I asked Steve for a picture of a painting of a quail near my room. He did and I love it. It matches my stained glass Quail my mother made for my new house. 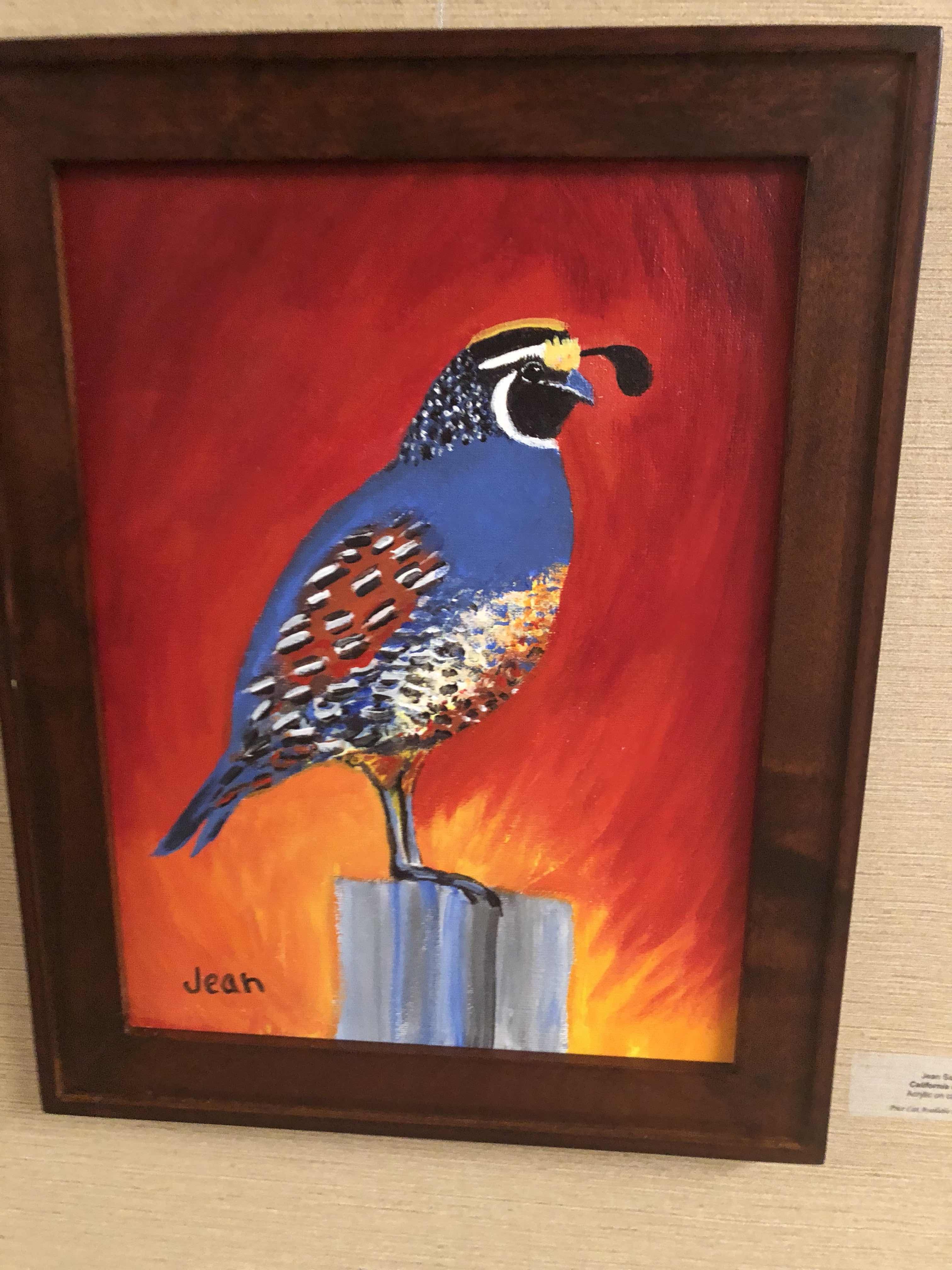 I wanted a Thanksgiving dinner for Mother’s Day. I wasn’t afraid at all as I was wheeled-in the operating room and thankful my pacemaker worked. I was grateful for prayers from everyone including the Temple. I loved my Priesthood Blessing I received. My children and grandchildren and mostly the faith I had in the Savior and His Atonement for me. Early Mother’s Day we went to Ventura so we were able to see and visit with both our grandsons who are serving as  missionaries. It was so touching to hear them talk in Spanish to each other though Face Time. That was such a gift! This was a very Thankful Day.

My family worked on a huge turkey dinner for our family and especially me. The blessing was said and as we said, “Amen” there was a loud scream from the barn. A big, buck kid had his leg hanging-out, breech! Yes, my dear dairy goat decided Mother’s Day to birth us all two kids. The breech buck was really stuck. My daughter pushed him back and did the adjustments. Lots of blood. No one ate dinner and I had the giggles and looked around. I even heard, “Mom, did you plan this?” I couldn’t eat because I was so excited. If you have livestock you know turning a head and bringing the feet forward takes skill. 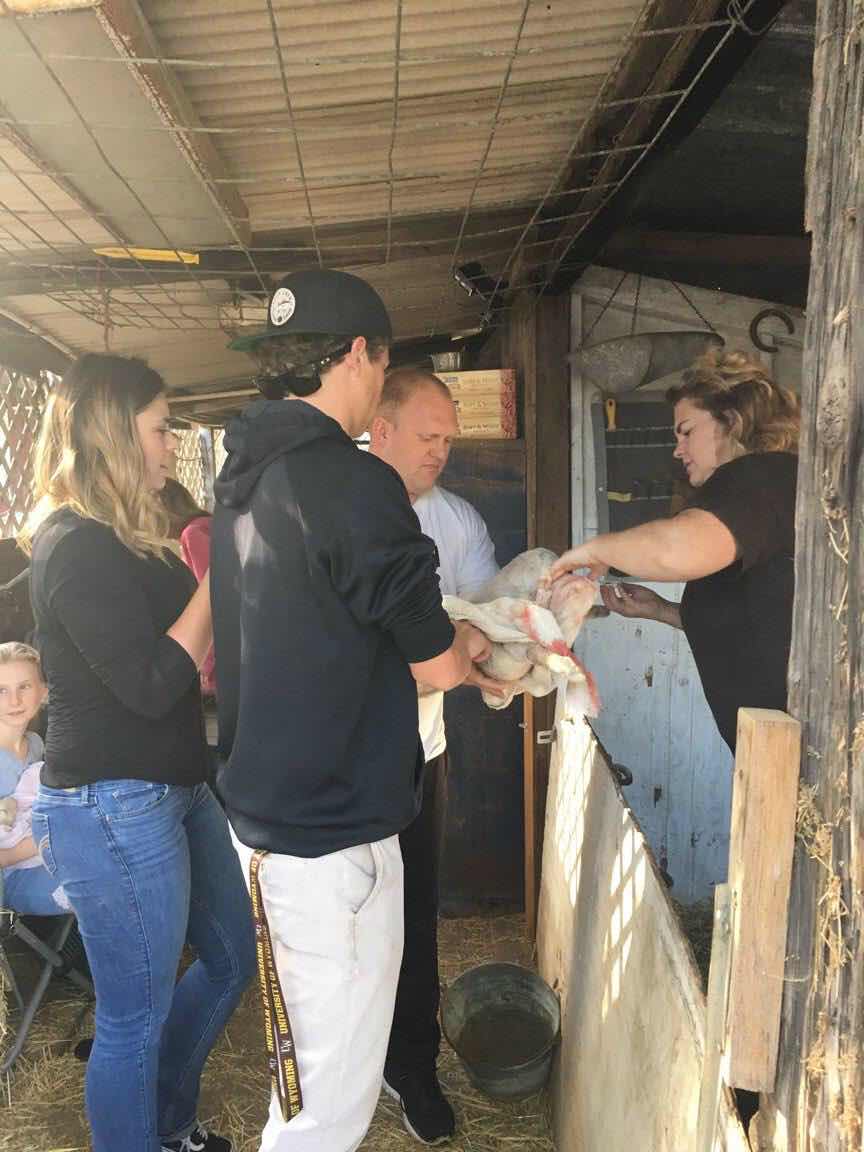 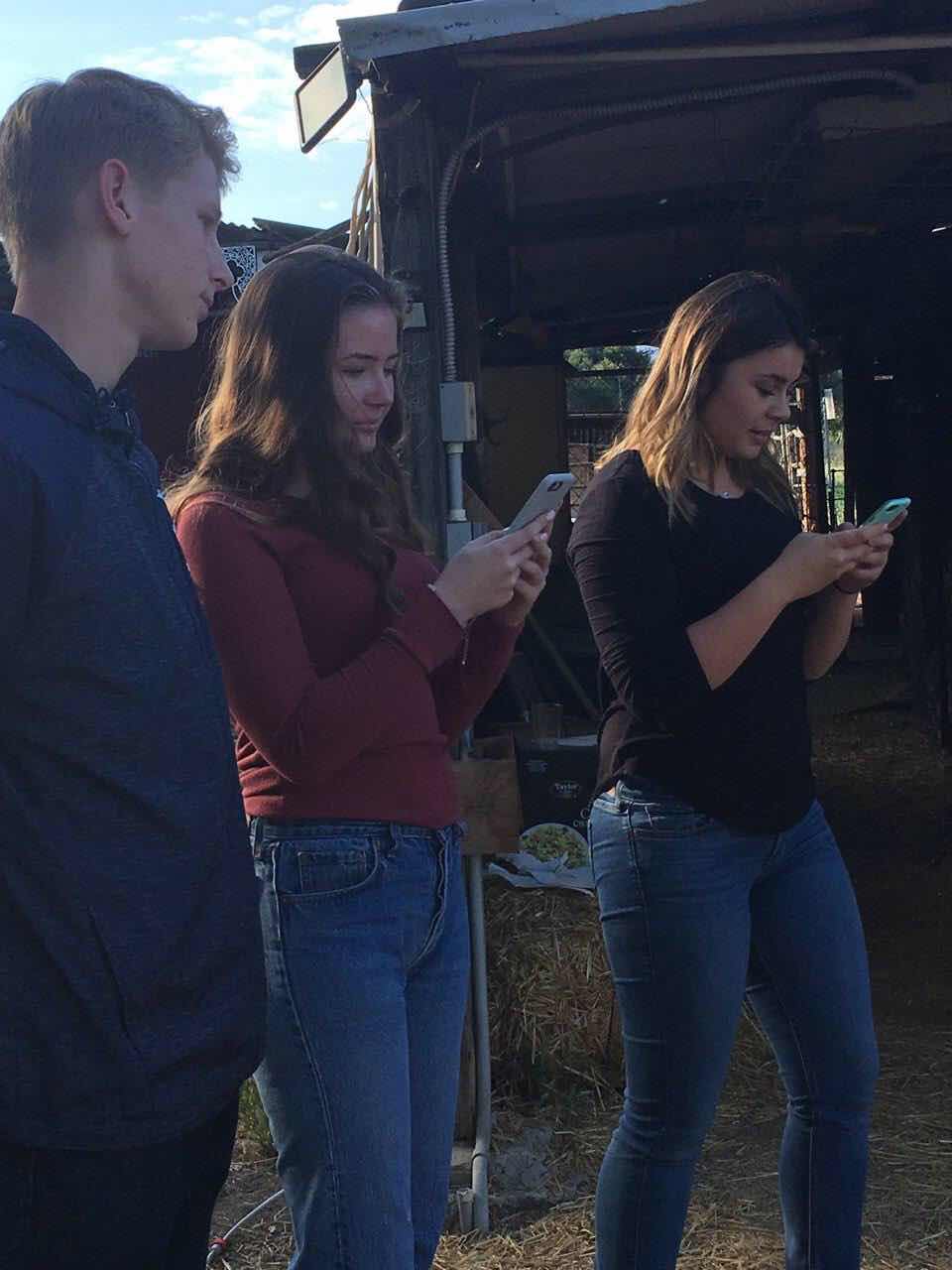 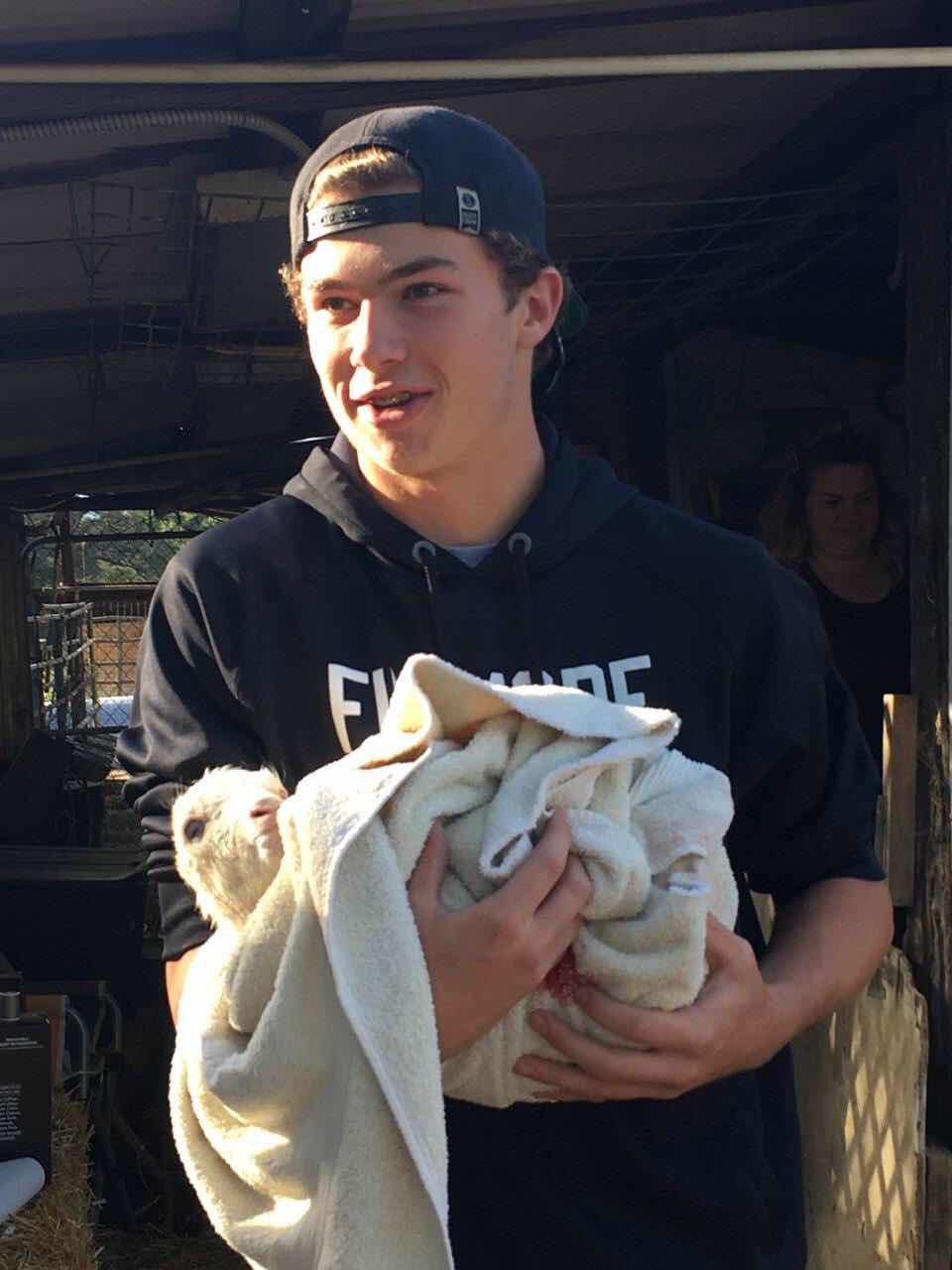 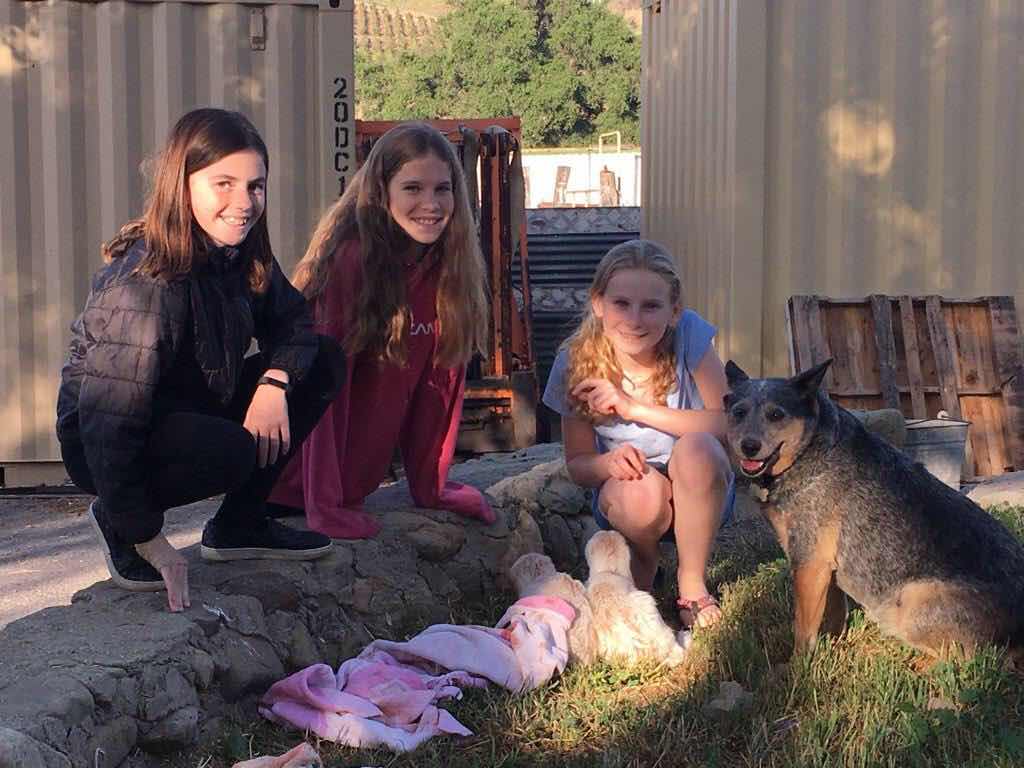 Melody our doe, was completely exhausted, so dear Kiely put the kids on our porch in a large animal crate. They’re in a covered kennel now. I felt well enough today to feed. Kiely is going to make cheeses from my recipes! 🐐🧀 My Steve is reliving pasteurization and seeing jars of milk and bottles everywhere. My cheese hoops are in the milk house and so is the big cheese press my father-in-law made for me. Tip: cleaning bottles is so easy w/o a brush. We used dry rice and soap for the soda bottles and shake. We use pop-on nipples made for soda bottles. Lots of kids and lambs get a lamb bar. Melody is a first-time milker and she has great udder. Kiely got almost a gallon only this morning. Matt, my son-in-law was milking and said, “This is so “teat”eous!” 😂 I’ve got to get to the milking and help pull them down a little. I need to learn to breathe and walk. My heart is working perfectly now, but I need to exercise. I still have a sling.

Our older grandchildren helped a lot. They sure took lots of photos. All had a memorable Mother’s Day!

We had fun watching my son, the ‘prankster king’ get pranked by Matt. He had taken a Mountain Dew bottle and put about 3 cups of water in the bottle and then made it yellow with food coloring.

Marnie was able to take a blurry video of Dustin pouring a cup of “fake pop” and he’s telling us a hilarious story made funnier by him holding the cup and he’d start to drink the pop and pause to tell more story... and he did it again. All of us were laughing but my daughter, Marnie and I were almost paralyzed laughing. Finally, he drinks it and looks straight at us and sternly said, “WHAT IS THIS?” We couldn’t talk. We were only guilty of having fun watching it. Whew! No payback.

Dustin has pranked me since he was about four. He scared me so much when I was pregnant with Larin by running though the house with a short black house wiggling it and saying, “I caught a snake!” “I caught a snake!” I started screaming and hung-up the phone on my mom. She had to get in the car to see if I was okay. I almost fainted and he even had the neighbor kids running in with him. They were yelling, “A snake!” over and over.

The kids are so cute! 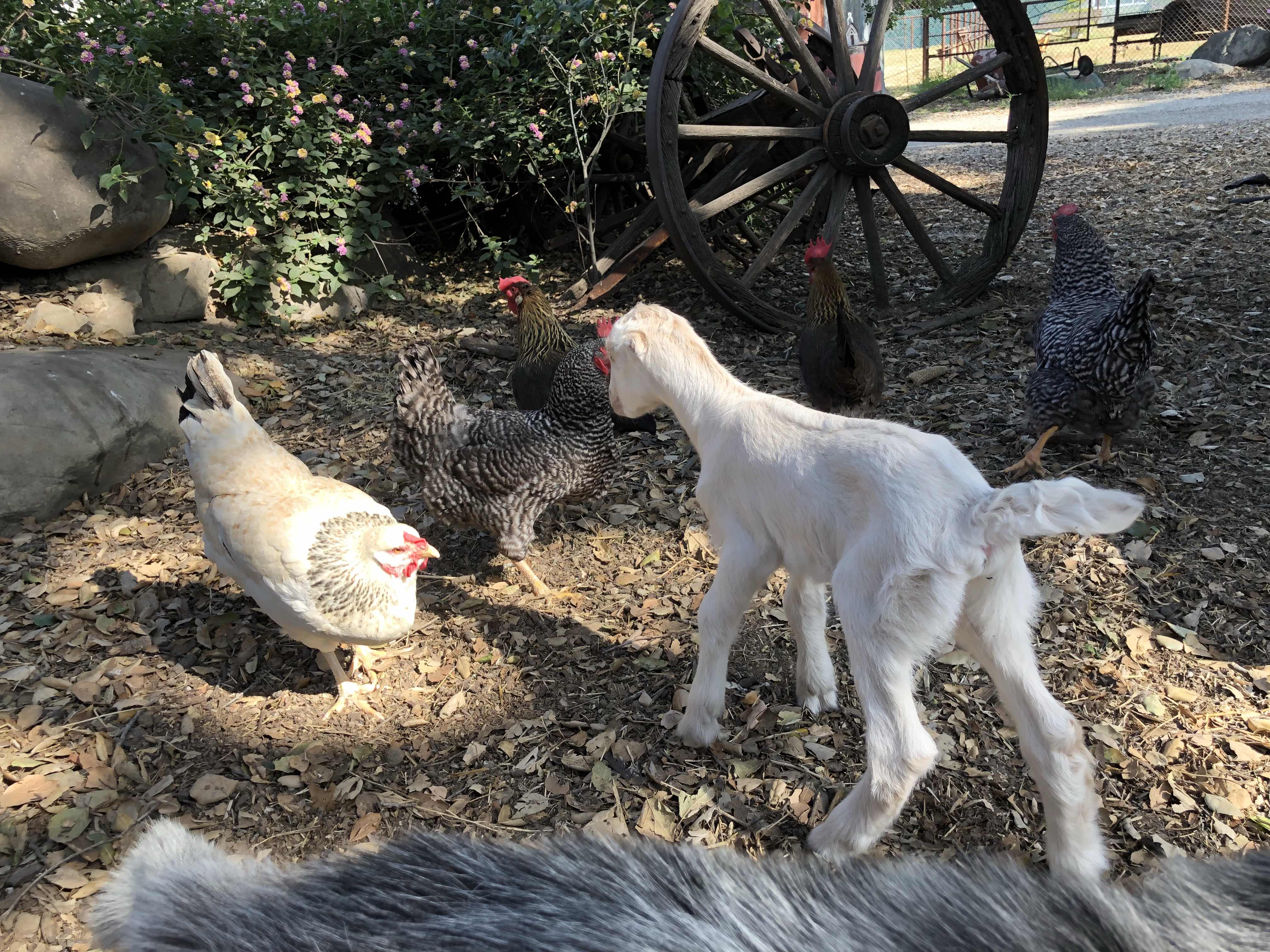 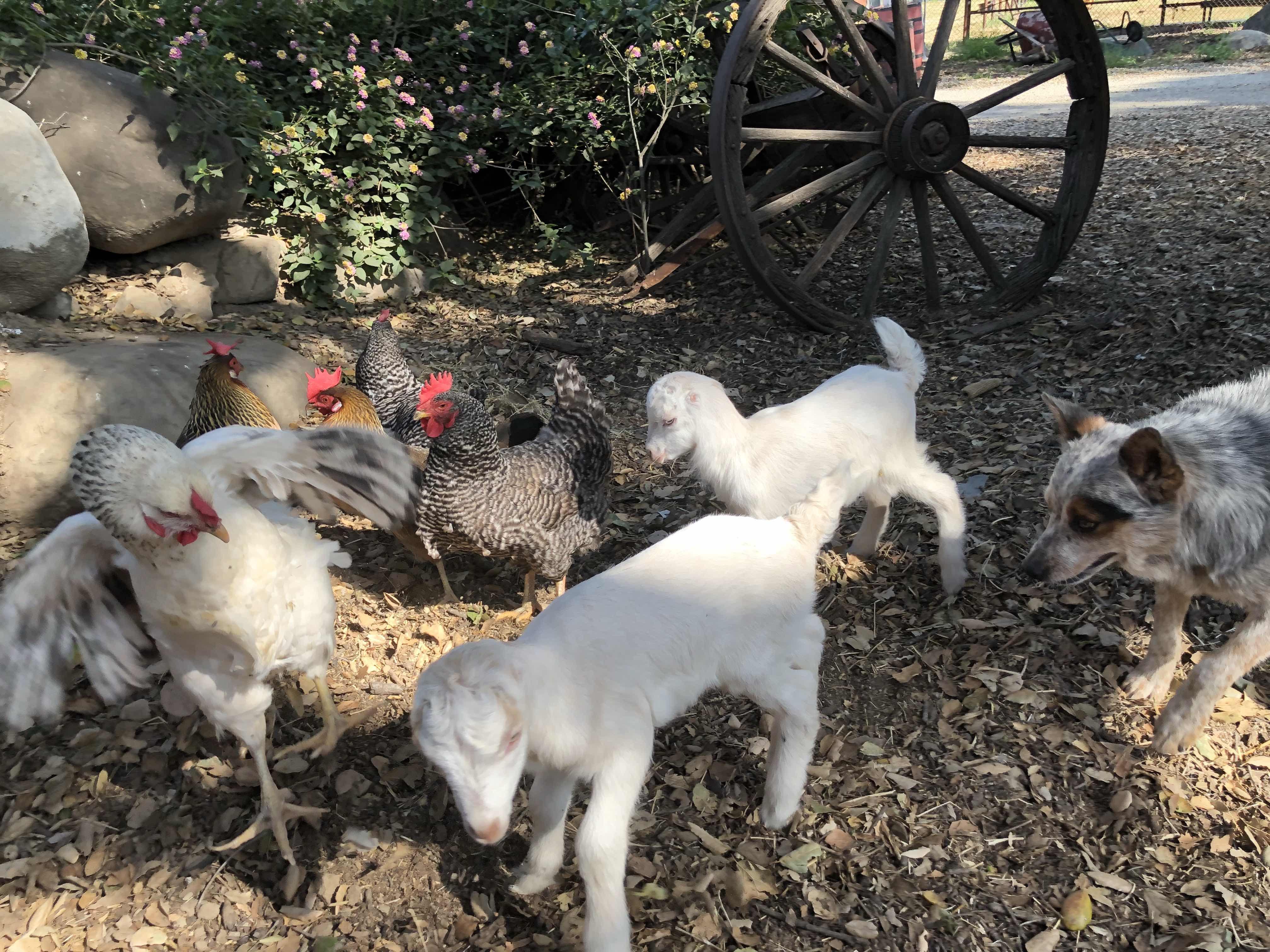 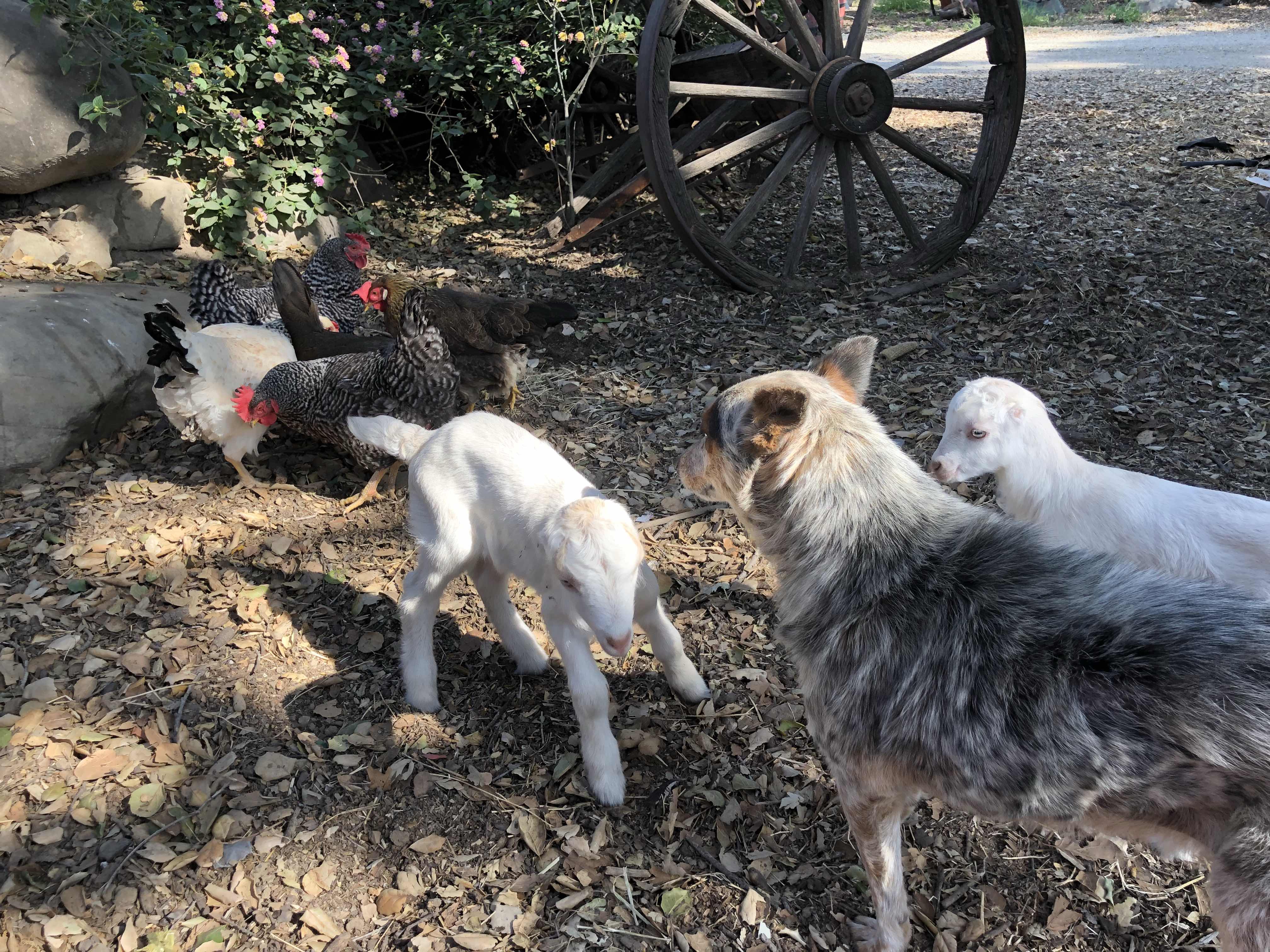 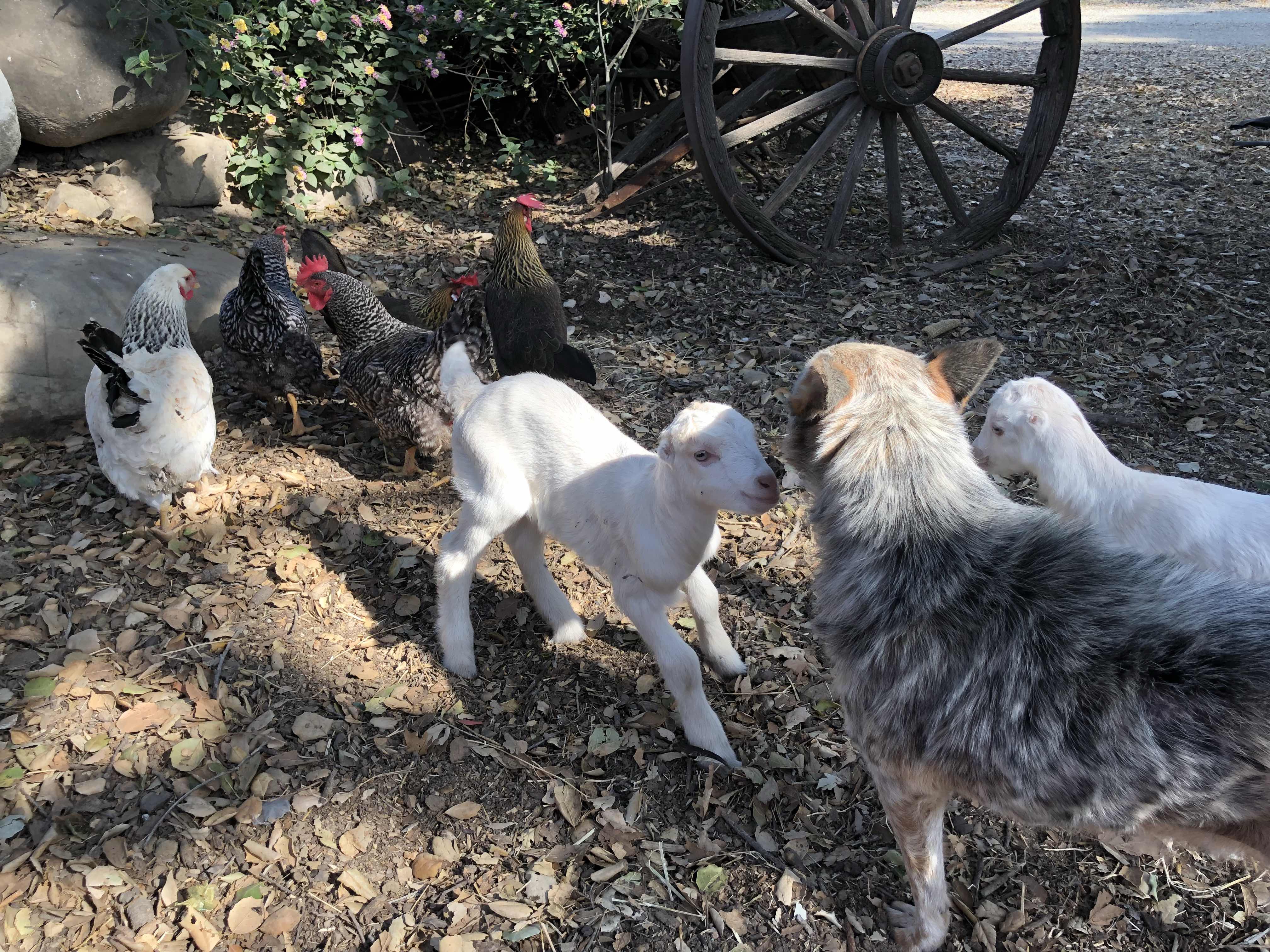 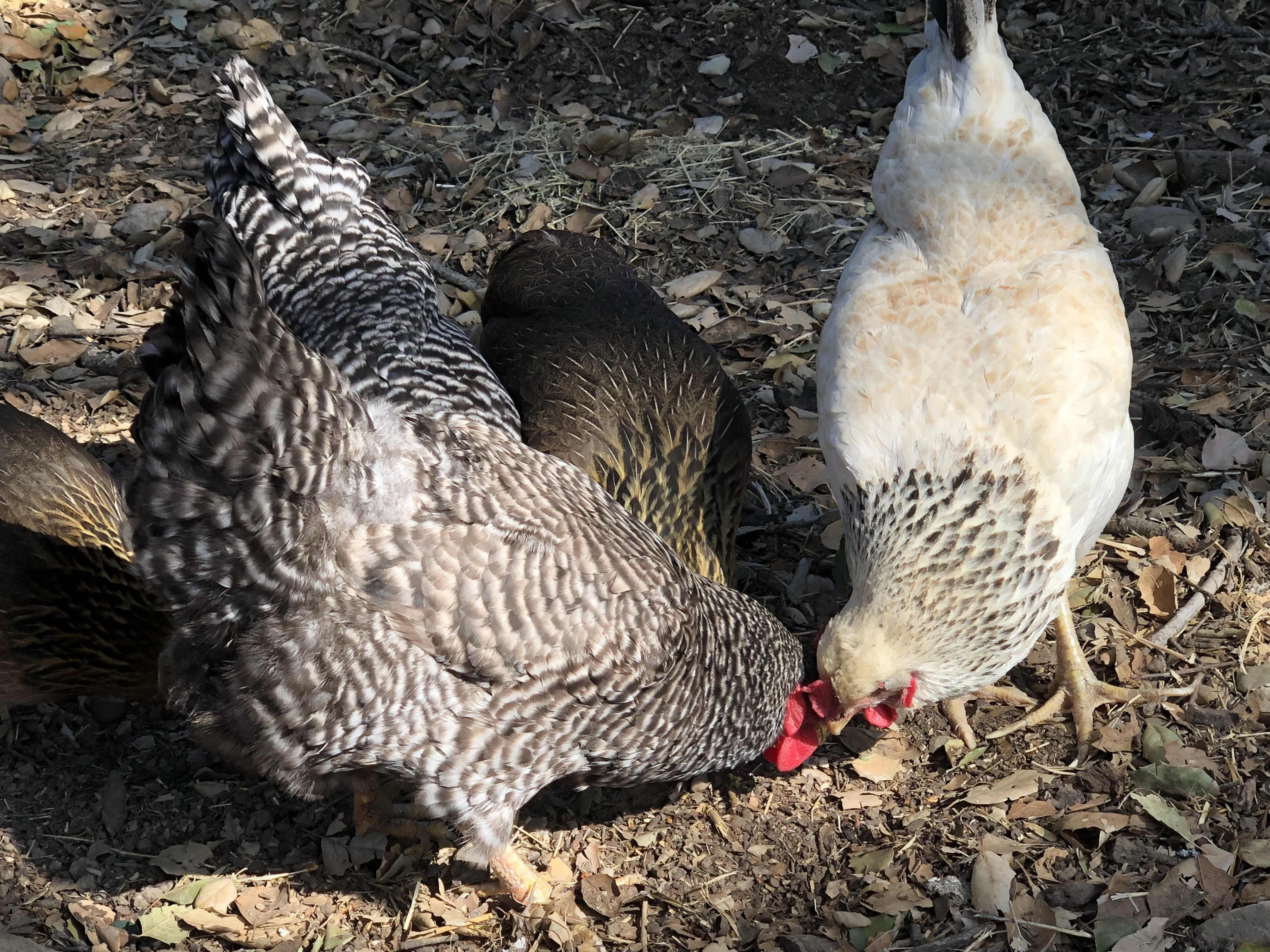 PeeWee has his babies to protect. Funny how the chickens are so onery! The chickens are buddies with only one of my little granddaughters and follow my husband everywhere.

Great Mother’s Day!
This is plenty for one post.🐔